The Wisdom of Henry Nouwen and the Glory of Service

Some questions are worth asking. It was in fact a question that led Henry Nouwen to exam carefully what Christ demands of leaders, as opposed to the world’s qualifications. Nouwen writes that as he became older and realized that doubling his years would be unlikely, he asked himself: “Did becoming older bring me closer to Jesus?”[1] The answer to this question forms the content of his book. Throughout church history self-analysis was an essential duty of man. The Puritans were masters at analyzing their souls. Our current society adores fooling itself. It says that to analyze self is a royal waste since to whom are they responsible to, except self. This is one among many differences between the Christian faith of Nouwen and secular culture.

Nouwen was not comfortable with the version of maturity that so many express.[2] He wanted to dig deeper into his soul and find why his prayers were so poor and why was he re-considering those burning questions that he once thought to have been answered. The great lecturer of Harvard was now facing a new dilemma: where to go from here? The answer took him to where he spent his last days. One of the greatest catholic minds 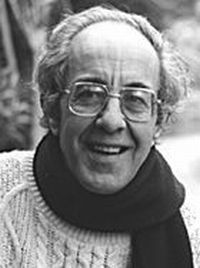 of our time moved his brilliance to L’Arche. L’Arche is a community for handicapped people. It is there that Henry Nouwen gleaned so richly to form a Christo-centric view of leadership.

Analyzing Jesus’ temptation in Matthew 4 and Peter’s call to be a shepherd in John 21, Nouwen succeeds in bringing to life those mysterious, but conspicuous elements of Christian leadership. The overwhelming amount of knowledge and academic credentials seem worthless when one’s job is to care for those who cannot care for themselves. Yet it was in this time when Nouwen writes:

This experience was and, in many ways, is still the most important experience of my new life, because it forced me to rediscover my true identity.[3]

Our identities are hid in Christ Jesus. He is the source of our identity. If at any time we find our identities in material things, we have lost sight of who Christ is and of who we are.

What does a leader look like? Nouwen says, “The Christian leader of the future is called to be completely irrelevant and to stand in this world with nothing to offer but his or her vulnerable self.”[4] This is how Jesus came. He came to reveal his love to sinful people who could not tolerate the weak. So Jesus came in the form of a weak servant; a human servant. This is where the spiritual anatomy of leadership is clearly seen by human eyes. One of the many temptations our Lord faced in the wilderness was what Nouwen called, “the temptation to be relevant.”[5] The temptation is: Turn stones into bread and you will be relevant! This is the temptation Jesus faced. Jesus answers and quotes from the Old Testament book of Deuteronomy: ” Man shall not live by bread alone, but by every word that proceeds from the mouth of God.” The devilish attempt to persuade contemporary leaders to be relevant is shattered by our Lord’s response. Relevance is succumbing to the world’s standards and Jesus did not come to be seduced by the world but to serve the world by saving it.

The irony of the age in which we live is that modern man lives autonomously. What is the worth of the clergy or even God himself if I can take care of myself? Nouwen says “one of the most painful realizations for so many Christian leaders is that fewer and fewer young people feel attracted to follow in their footsteps.”[7] When a growing majority of our population sense that there is no need for God or the church, then logically the priest will desire to turn rocks into bread, for he will have no other alternative than to capitulate to the world. But the priest of God must resist this temptation. The role of the Christian leader is to be irrelevant. If he seeks to do miracles in his name, he is failing his primary calling. Christians have nothing spectacular to offer in and of themselves, rather they offer weakness in the flesh and the sufficiency of Christ.[8]

Jesus’ commission of Peter to be a shepherd to the shepherdless caused Peter to analyze the depths of his motives.[9] Before Peter could go and give of himself to others he needed to be reminded of his main goal. Jesus then asks him if he loves him.[10] Every time Jesus penetrated Peter with his divine inquiry Peter realized more and more his true mission. Jesus did not just seek servants, but servants who loved him. Peter could not go unless he first realized whom he was representing. The incarnate Christ adorned himself in human flesh so that men could see his fleshness and desire his heart. The heart of our Lord is radically reflective of the love of God. If the Christian leader is going to demonstrate love to those who hurt and hunger than his heart must be as Christ’s.

For Henry Nouwen the leader is to be “anchored in the knowledge of God’s first love.”[11] This is why he calls the Christian leader to be a mystic.[12] Jesus’ question to Peter is a call to self-reflection in everything. Why are you doing this? Why do you desire power and prestige? Nouwen stresses that the contemplative prayer is the discipline whereby a leader is constantly aware of Jesus’ question: “Do you love me.” By this awareness “we can keep ourselves from being pulled from one urgent issue to another and from becoming strangers to our own heart and God’s heart.”[13] The call to leadership is never divorced from God’s love. Intimacy with God is the crucial component to understanding this reality that God is love and leaders must be divinely united to this love. Contemplative prayer urges the leader to know the heart of God. According to Nouwen this is the cause of many divisions. If the leader is not constantly rooted in a deep communion with God, “our sense of self is caught up in our opinion about a given subject. But when we are securely rooted in personal intimacy with the source of life, it will be possible to remain flexible without being relativistic, convinced without being rigid, willing to confront without being offensive, gentle and forgiving without being soft, and true witnesses without being manipulative.[14]

It is no wonder the modern church is consumed with power and prestige. Everything that is in the world cries for consumption. The latest church models the latest empire; the clergy imitates the CEO’s techniques; and the version of leadership the world proposes emphasizes defeating competition with no mercy shown. Nevertheless, there must be a stark difference between both worlds. In Jesus Christ, the God-man was not concerned with becoming a dictator or proving himself for the sake of a spectacle, rather he efficiently demonstrated that a true shepherd becomes intimate with his sheep. He knows them, in fact so well, that when he speaks from afar they know his voice. Nouwen advocates a leadership that is diametrically different from the world. Following the model of our Lord, the church needs ” a leadership that is not modeled on the power games of the world, but on the servant-leader Jesus, who came to give his life for the salvation of many.”[15] The servant-leader Jesus despises the power-driven clergy and calls for a marriage of parishioner and priest where leaders become servants.[16] If the common perception of leadership, which is, that power brings an audience, is to be transformed, then the only alternative is the servant-leadership model. As Nouwen writes: ” It is not leadership of power and control, but leadership of powerlessness and humility in which the suffering servant of God, Jesus Christ, is made manifest.”[17]

The model advocated here requires grace from beginning to end. If self-confidence is to prevail at all cost, then the servant-model has no way of learning from others. Truly, the leader needs to be ready to be led. Leaders were never meant to lead at all times, even our Lord was led by the Spirit in the wilderness. Henry Nouwen demonstrates this well. All the magnitude of wisdom he could muster was irrelevant to an audience with no proper education, mental inabilities and physical constraints. If Nouwen was to learn from the weak, he had to become weak. Indeed the entire story relates this maturing process for Nouwen in the later years of his life.

Henry Nouwen’s conclusion is that every leader needs to operate within a sphere of theological reflection. The theological motif that must lead the way in this glorious endeavor is the theme of deliverance. The Christian leader is to “announce the ways in which Jesus is leading God’s people out of slavery, through the desert to a new land of freedom.”[18] This theological reflection does not come by isolating oneself from a community, but by strenuous study and commitment to the message of our Lord. Theological seminaries and divinity schools are the answer according to Henry Nouwen. “They have to become centers where people are trained in true discernment of the signs of the time.”[19] Only an awareness of the needs of humanity, the psychology of humanity, and the cry of humanity will give leaders a proper foundation for imitating Christ. Christ, the great servant is an example of humility. He became a servant for our sake so that we would learn to be servants for the sake of others. This is the answer Nouwen found in his search and the answer we need in our journey to true Christian leadership.

[1] Nouwen, Henry. In the Name of Jesus. The Crossroad Publishing Company, NY, 1989. Pg.20.[2] Maturity according to some comes with age, but Scriptural maturity comes with the application of Biblical wisdom into our lives.

[8] I am painfully aware that many of my presuppositions would conflict with Nouwen’s Catholic assumptions, nevertheless I gladly glean in as many places as possible

[9] I am defining “motives” as the late Greg Bahnsen defined it as the “telos of your agenda.”

[12] He defines a mystic as a “person whose identity is deeply rooted in God’s first love.”

[16] My analogy here seeks to bring the priest and the parishioner to acknowledge their oneness in Christ and therefore their mutual need for Christ.

I am the Pastor of Providence Church (CREC) in Pensacola, Fl.
View all posts by Uri Brito →
This entry was posted in Christian Living, Tribute. Bookmark the permalink.