C.S. Lewis, Mere Christianity: Analysis and Application Part X, Lewis on the Role in the Home 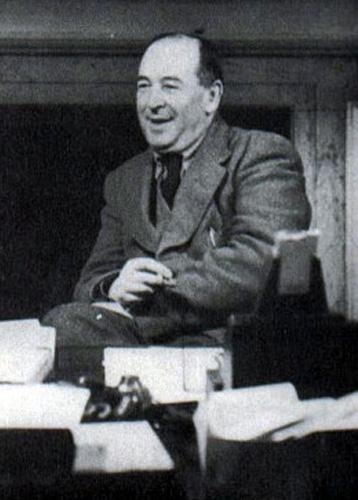 Feminism is defined as the doctrine advocating social, political, and all other rights of women equal to those of men. Those of us in the 21st century are inheritors of the 1960’s. The despicable state of the family is in large part due to that despicable stage in American History. Sex, drugs and Rock n’ Roll and “human rights” formed the goals of that agenda. But beyond the vast array of feminist literature, nothing has proven more successful than those who have written concerning equality.

When feminism and their agenda is in the secular realm, it is possible to give a proper Biblical response to their pagan non-sense, but when that movement begins to masquerade itself in Christian clothing, the church is in peril. The untouchable idea of the patriarchal society has now been transformed into a matriarchal home. We are all aware of the abuses of the early church in respect to the women and their roles, nevertheless, what has happened has not been an attempt to fix those wrongs but a complete transformation of the social and Biblical order. Wives submit to your husbands has become husbands and wives, you are both spiritual leaders in the home and God has not placed any of you above the other. The Pauline logic has been altered to fit into preconceived ideas that have slowly and subtly injected itself into the church of Jesus Christ. According to C.S. Lewis, in every marriage there must be a head. Lewis writes:

If marriage is permanent, one or other party must, in the last resort, have the power of deciding the family policy. You cannot have a permanent association without a constitution.[1]

Decisions of course have to be weighed in the process of conversation and discussion, but if one is not above the other in these matters, then who determines what?  Lewis argues that the man is the natural head of the home because women will not want to assume certain responsibilities. The reason the husband is the head is because he is to protect the family, spiritually guide the family, and resemble that cosmic relationship between Christ and His bride.

God created them male and female in his image. There was no degree of difference when it related to their image before God.[2] But the man is created first so that he may lead his seed into glory and the woman as help-meet is to ensure that man fulfills his duties.[3]

[3] The woman at the same time has immense responsibilities while ensuring this familial success.

I am the Pastor of Providence Church (CREC) in Pensacola, Fl.
View all posts by Uri Brito →
This entry was posted in Anthropology, C.S. Lewis, Family. Bookmark the permalink.

2 Responses to C.S. Lewis, Mere Christianity: Analysis and Application Part X, Lewis on the Role in the Home