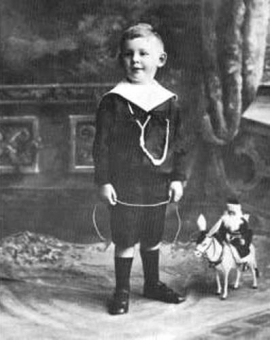 Pacifism from its very foundation is immoral. It must be noted that of the countries liberated in World War II by the American and British troops (such as Poland and other European nations) are largely pacifists of one sort or another. Is it not ironic that these nations have the right to be pacifists because they were once liberated by non-pacifist nations?

This is not the place to develop the Just War theory propositions, but it is worthy to note that pacifism cannot be lived consistently by anyone. The universal notions of justice and mercy urge all people in all places to stand up for injustice and wicked governments.[1] C.S. Lewis recognized this Biblical principle. The Scriptures teach us to love our neighbors, but this is not a universal statement to be applied in all cases, especially when there is a gun pointed at your little child. As Lewis writes:

Does loving your enemy mean not punishing him? No, for loving myself does not mean that I ought not to subject myself to punishment—even to death. If one had committed a murder; the right Christian thing to do would be to give yourself up to the police and be hanged. It is, therefore, in my opinion, perfectly right for a Christian judge to sentence a man to death or a Christian soldier to kill an enemy.[2]

Hanging or whatever model one adopts is appropriate for the one who takes life. In the battlefield, all things are lawful. It is not that God desires war as a primary means to accomplish His purposes, but war is a consequence of sin. At times, Holy Wars were necessary in the Older Covenant so that God should purge the world from pagans and idolaters. Wars in the end are desirable to bring justice and justice requires blood.

Lewis mentions that Jesus or John the Baptist never discouraged anyone from entering the army. Certainly our Lord and the disciples recognized that wars are necessary in this age and shall be necessary until Christ returns. Even then, it will be in war that He will come; defeating and abolishing once and for all that wicked serpent (this is the most effortless victory of all of history, Revelation 20:9).

In a humorous scenario Lewis describes two Christian men who shot each other and find themselves immediately reunited in the world to come:

I have often thought to myself how it would have been if, when I served in the First World War, I and some young German had killed each other simultaneously and found ourselves together a moment after death. I cannot imagine that either of us would have felt any resentment or even any embarrassment. I think we might have laughed.[3]

The praying Christian in one side and the praying German on the other; God is pleased with both and gives victory to whom He desires.

[1] This is not in any case a proper reason to invade another nation, but the indignation is still present.

I am the Pastor of Providence Church (CREC) in Pensacola, Fl.
View all posts by Uri Brito →
This entry was posted in C.S. Lewis, Ethics. Bookmark the permalink.