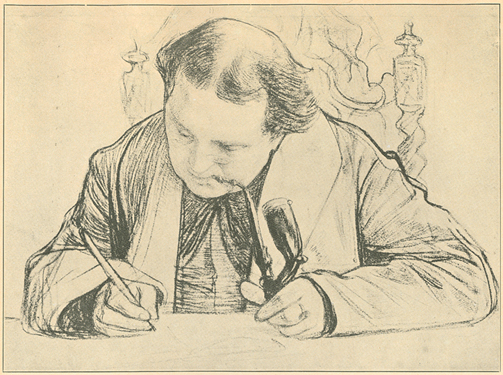 Abraham Kuyper’s Lectures on Calvinism is a vociferous call to cultural engagement. These lectures are not only a call to activism, but they also summarize Kuyper’s distinctive position, a new direction for Reformed thought that James Bratt[1] calls “Neo-Calvinism.”[2] Thus, the Lectures on Calvinism— delivered at Princeton in 1898–is Kuyper’s “whole vision in brief compass.”[3] In this presentation, the author wishes to provide an analysis of Kuyper’s first lecture entitled: Calvinism a Life-System.[4]

Kuyper was an ardent opponent of modernism. He defined modernism thusly: “Modernism is bound to build a world of its own from the data of the natural man, and to construct man himself from the data of nature.”[5] Modernism seeks to undermine a distinctly Christian worldview by denying God’s revelation. It was Kuyper’s concern that those who bow down before Jesus as Lord, would seek to construct a Biblical worldview that would save the “Christian heritage.”[6] This is the struggle of civilization: to preserve the Christian view of life over all autonomous attempts to challenge it.

This Christian world-view, according to Abraham Kuyper, is Calvinism. In contrast to Romanism and Arminianism,[7] Calvinism embodies the “Christian idea more purely and accurately.”[8] In Calvinism, man needs Divine Guidance and lives in the Divine Presence.[9] Any attempt to revive society or culture outside of a theocentric framework will end in futility. Further, Calvinism offers an answer to the post-modern dilemma of relativism. Kuyper’s prophetic voice saw Nietzsche’s de-emphasis on the objective as a sign of the times. Nietzsche deprived the sciences from any spiritual foundation, thus arguing that there is no constancy in values. This foundationless worldview led inevitably to nihilism. Current post-modern thought borrows heavily from Nietzsche’s philosophical denial of absolute truth. Kuyper responds to this Nietzschean post-modern thought by asserting that man cannot understand reality in a world relegated to autonomous or subjective thinking.[10] Only Christianity can make sense of reality. As Van Til rightly observes in so far as “…the believer and the non-believer, are epistemologically self-conscious and as such engaged in the interpretative enterprise, they cannot be said to have any fact in common.”[11]

The 16th century experienced a revival of Biblical thought. The vast abuse of Roman Catholicism awoke the general public to ask “What doth the Lord say?” in contrast to “What does Rome require?” Hence, through the works of the feisty German monk, Martin Luther, a Reformation was under way. Luther challenged Romanism in many ways, but reserved his main critique for the theological and ecclesiastical realm. Thus, Luther challenged Rome’s view of the Eucharist, the Magistrate, and Soteriology.[12] The 16th century Reformation was not confined merely to Luther’s critique. Calvin–after Luther–also challenged Rome’s dogma. However, unlike Luther, Calvin’s challenge went beyond the ecclesiastical and theological. Kuyper boldly asserts that: “Calvinism is the highest form of development reached by the religious and political principle in the 16th century.”[13] Kuyper notes further that “… Calvinism put its impress in and outside the Church upon every department of human life.”[14] Herein lays a crucial virtue of Calvinism in the Reformation era: Calvinism taught the people of God how to live in and outside the Church. In stark opposition to Rome, which emphasized man’s ability to come to God, [15]Calvinism taught that “the whole of a man’s life is to be lived as in the Divine Presence.”[16] This Divine Presence enabled the Christian to live in submission to God. The Divine Presence is that “hidden force,” which Calvin referred to as the work of the Spirit. It is through this presence that the Christian depends on to live a holy life before the world in all that he does. Calvinism, thus, embraces an all encompassing worldview. It is both divine and human; a perfect harmony made in heaven. In one of Kuyper’s most quoted examples of the magnitude of Christ’s Lordship he writes: “There is not a square inch in the whole domain of our human existence over which Christ, who is Sovereign over all, does not cry: ‘Mine!'”[17]

Cornelis Pork contrasts Neo-Calvinism with Classical Calvinism by asserting that Neo-Calvinists have externalized the internal religion of Martin Luther. In Neo-Calvinistic thought there is a greater interest in cultural engagement, unlike in Lutheran thought. In the words of J. Aalders: “Kuyper with his lop-sided emphasis on culture and social involvement has contributed greatly to what he calls the externalisation of the doctrines of grace.” My response is that Aalders’ understanding of Kuyper is misguided. Kuyper, too, cared deeply about Christian piety, though he believed piety had been used as an excuse for cultural retreat. Among Kuyper’s classic works on Christian Piety is: “To Be Near Unto God.” In contrast, Classical Calvinism was much more concerned about the internal cry of the soul. If this distinction has any credit, than Classical Calvinism is much more Lutheran than Calvinistic.

[4] Though Calvinism a Life-System will be the main focus, I will also draw on other lectures and resources to enrich this brief study.

[7] The Arminian thought– no matter in what religion it was found-sought to uphold man’s knowledge above God’s. This is a crucial point in the apologetic endeavor. The question that must be answered is “How does man know God?” The Thomistic tradition exalted man’s knowledge. Aquinas believed-like Aristotle-that human knowledge is like a blank tablet. Humanity is to write upon that tablet on the basis of his knowledge and intellectual prowess. Calvinistic thought, on the other hand, believes that the human heart is in need of regeneration. The human heart indeed cannot have true knowledge of God apart from a work of divine grace.

[9] See page 25 of Lectures on Calvinism for a lengthier discussion of the Divine Presence.

[10] In this case I do not wish to minimize some of the positive emphasis of post-modernity-however one wishes to define that concept. Rather, I speak of secularistic post-modernity.

[15] This ability came mainly through ecclesiastical mediation. Tetzel claimed that if the people would give to Rome, they would then diminish their time in Purgatory.

I am the Pastor of Providence Church (CREC) in Pensacola, Fl.
View all posts by Uri Brito →
This entry was posted in Abraham kuyper, Calvin/Calvinism, Culture. Bookmark the permalink.

2 Responses to An Analysis of Abraham Kuyper’s Lecture: Calvinism a Life System, Part 1