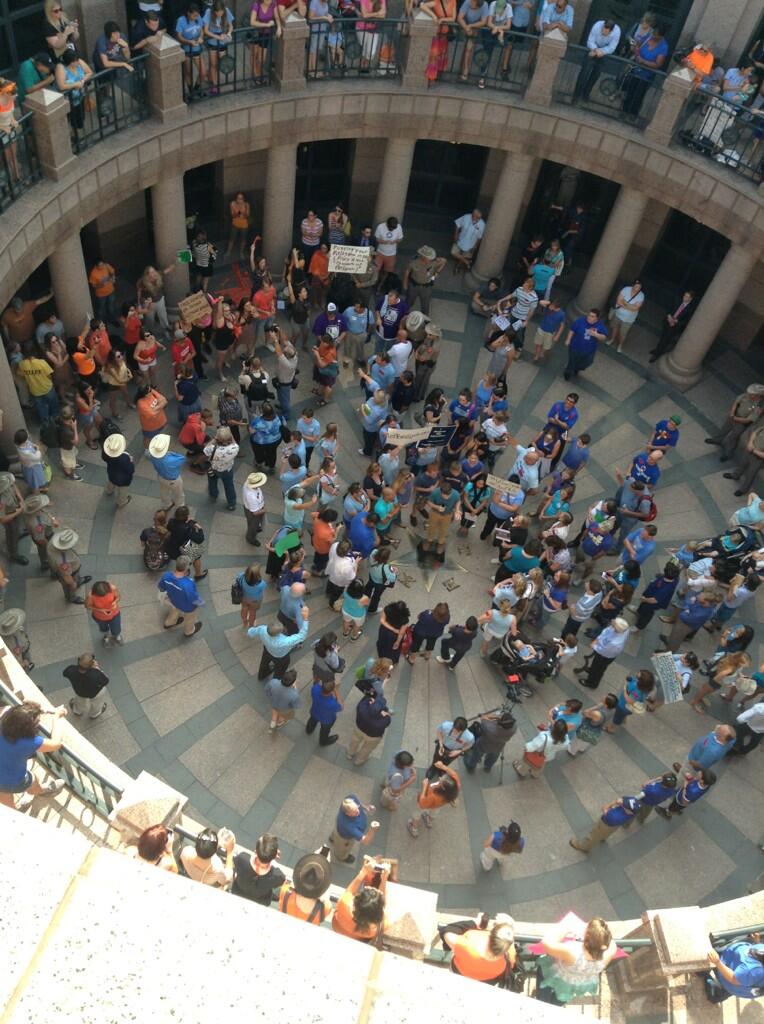 The chant outside Texas Capitol was consistent and unmistakable: “Hail Satan.” As the peaceful pro-life advocates were singing Amazing Grace, a group of loud pro-abortion chanters added their own version (hear video).

I am not saying that every woman who has ever committed abortion or support abortion are actively joined to some Anton Lavey gathering, or that Rachel Maddow will begin her show with a pro-Satan salutation, rather what I am saying is that this chant is an affirmation of the one who is behind these ideologies. Satan is the father of lies, and so he delights to hear his praises sung.

The Christian faith has always been a faith of life. The unbelieving heart is voluntarily against life. Policies and ideologies that delight in death are diametrically opposed to the Christian order. These loud advocates may have been trying to sabotage John Newton’s hymn, or to silence the pro-life sounds, but in reality they were revealing that which is fundamental to the way they look at the world. They were chanting from page one of their hymnals.  Out of the heart the mouth chants. We are all worshiping beings. We all worship something or someone, and that worship is most clearly demonstrated in song.

I am the Pastor of Providence Church (CREC) in Pensacola, Fl.
View all posts by Uri Brito →
This entry was posted in Life Issues and tagged death, Pro-Choice, Pro-Life, protest. Bookmark the permalink.